All of my credited work on DriveThruRPG and DM’s Guild.

Getting Started with Magic Systems for WorldAnvil. (Writer)

Making the Magic: Worldbuilding Plotholes for writers and RPGs, for WorldAnvil (Video interview)

On the Shoulders of Dwarves (על כתפי גמדים), Israel’s main RPG podcast, 2012-2017, then continued in English.

I translated or edited every major roleplaying book published in Israel between 2002 to 2018, including D&D 3th and 4th ed., Pathfinder, Exalted, Dungeon World and Little Wizards, as well as a few board games.

I organised and managed various positions in too many conventions to count, including Israel’s Bigor and Icon.

I can drive and command a tank, but not at the same time. 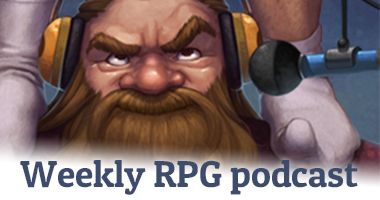